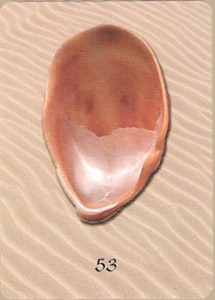 There’s a lot going on in the country and over the last couple months, we have witnessed much change – some good, some bad – and Americans from coast to coast are having their very lives shaken to the cores. Whether that change is gay marriage, transgender rights, or racial unrest, there is a social upheaval occurring that is leaving some Americans confused. At Ocean Oracle, we would like to tell you that this change is good; it is natural – let’s just take a look at the world of snails and mollusks, shall we? These creatures are some of the most progressive creatures on the entire planet; they provide an example that we all can follow.

When you think of transgender surgery, such as with Bruce Jenner or rights for gay marriage, you might not necessarily think of snails or mollusks, but you should. Mollusks have a huge diversity when it comes to gender and reproduction. Many land snails are hermaphrodites containing sex organs of both genders and fertilize each other. 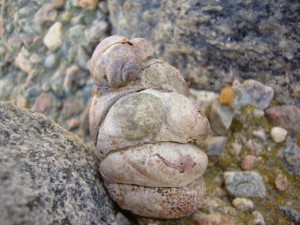 There are mollusks called Slipper Shells that live in colonies. The smallest member on top is male and the largest on the bottom is female. She releases a steady supply of hormones, but when she dies as the oldest member of the colony, that alters the hormone level. The next male in line becomes female. All the eggs that are laid are male, but during the life of each Slipper, they will transition gradually to become female and thus experience life as both genders.

While many of us will not experience life as both genders, that shouldn’t stop us from trying to mentally experience life as both genders, meaning we should take the time to understand how others feel, their emotions, their desires, etc. Basically, we at Ocean Oracle encourage a Slipper Shell state of mind! After all, if you told a Slipper he is not supposed to remain home as a stay-at-home-dad, because that is for women, he would say, “If you wait, I will be a woman.” And if a Slipper female is told she could not be a doctor or astronaut because they are male careers, she would say, “I used to be a man…”

That Slipper Shell state of mind sure sounds nice, doesn’t it?